Rustington has seen its share of bank raids over the years, with mixed results for the thieves.

The BBC reported on an attempted robbery on Santander in September 2013:

“A gang of thieves smashed a hole in the roof of a bank and then attempted to cut open a cash machine in what police described as an "audacious" raid.

The masked men used an angle grinder on the machine after they broke into the Santander branch in Ash Lane, Rustington, on Sunday.

But Sussex Police said the raiders, who triggered the bank's alarm and security smoke, fled empty-handed when passers-by began shouting at them.”

This raid, was more successful, as The People Newspaper reported on August 1967:

“Supermarket staff at Rustington, Sussex put their safe in the front window so that police could see it at night. But that didn't stop thieves breaking in through the back door, wrenching the safe off its concrete bed – and driving away with it in a supermarket van.” 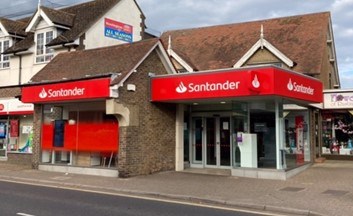