History of the Museum

Rustington Museum first opened it's doors in 2009. It was then housed in Church Farm Cottages, in the Street, a beautiful thatched cottage built around 1800. Originally one cottage, it was split into two, to house farm workers for the farm that surrounded it. The cottages were basic “two up, two down”, but for many years one was home to the Denyer family – William, his wife Sarah, and their 12 children. For a short time, they even had a lodger!

In the early 1900s the cottages reverted to one building, and it became the home of The Rustington Hand Laundry. Later still, it was a Solicitors office, a vets, and a shop, before becoming the museum.

Meanwhile, after the WRVS moved out of its building in the car park behind Broadmark Parade, its landlords, Store Properties, wanted the building to be used for community purposes. They offered to refurbish it and include a new museum, which opened in 2019.

Church Farm Cottages has reverted to a private residence. 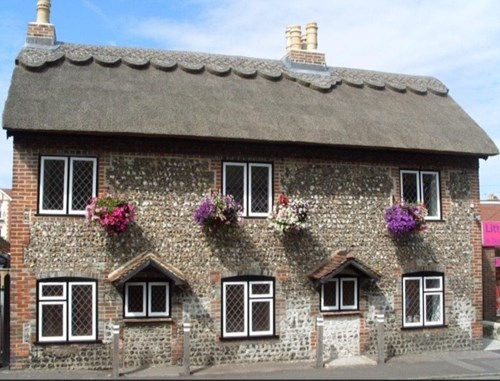