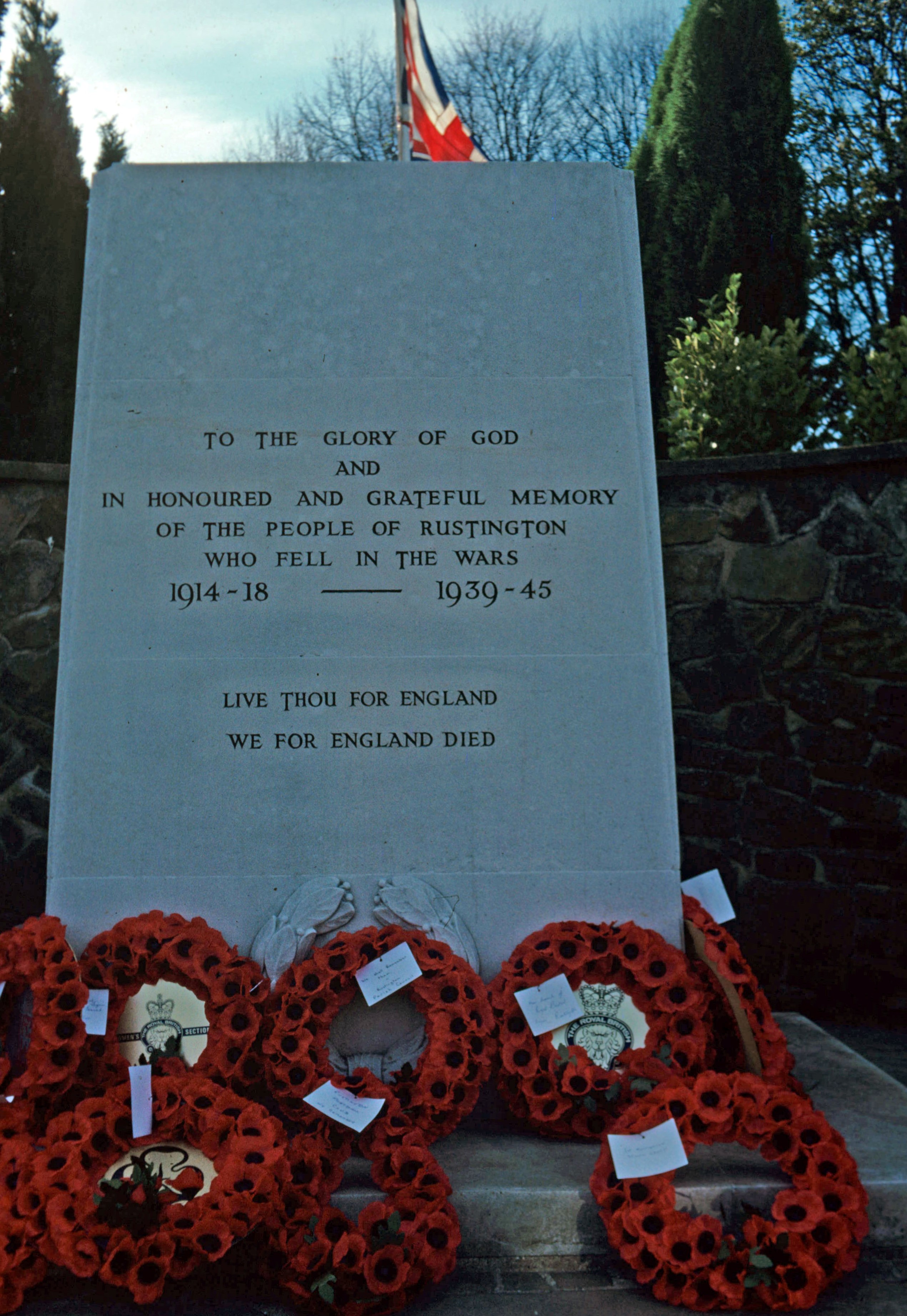 In 1919 it was decided to have a Memorial Hall, so an ex-army wooden hut was erected in Church Road, containing an illuminated Roll of Honour. In 1938, the Roll of Honour was transferred to the new village hall in Woodlands Avenue which still remains as the Memorial Hall.

After WW2, following much discussion, it was decided to build a war memorial on the corner of Claigmar Road and The Street, on land leased from the Methodist Church Trustees. This was unveiled on 6th July 1952, with two further plaques added later, one in 1989, commemorating the Canadian servicemen stationed in the village and the other in 1995, on the 50th anniversary of the end of WWII.

Other memorials can be seen in the Parish Church. There is also a plaque behind the public counter at the Royal Mail delivery office in Dominion Way.

Further information regarding Rustington's War Memorials can be found at www.warmemorialsonline.org.uk/search?keyword=rustington&search=1